In this article you will find the review of the Board Game Spirits of the Forest, where we are going to reveal all its mystical secrets, as well as photos of all the components included in this Card-drafting game.

Spirits of the forest is a card-drafting and set collection game in which players will have to figure out how to have the majority with each of the spirits that you will find in the game, as well as with each of the power sources. There are a total of nine types of spirits: branches, mosses, dew drops, fungi, flowers, fruits, leaves, spider webs, and vines. There are three sources of power: fire, moon and sun.

The game contains 48 spirit tiles. Each tile provides the associated information according to color, spirit, source of power and number.

Get as many points as possible by getting the majority of each type of spirit for each of the power sources.

During game preparation, the 48 spirit tiles are randomly placed face up in the center of the playing area, forming four rows of 12 each. Some of the tiles must have a favor token placed face down.

The game begins with the last player who has taken an excursion through the forest and proceeds clockwise. A game turn consists of the following steps:

The game ends when all the spirit tiles in the center of the playing area have been collected. You have to check who has the majority of each of the nine spirits and each of the sources of power.

The player with the most victory points has won the game. In the event of a tie, the winner will be the one with the fewest tiles collected throughout the game. If the tie persists, all ties win.

If I like something about Spirits of the Forest, it’s that it’s such a simple majority game and in such a small format. It is one of those fillers that have something of a crumb, that makes you think a little and that they last relatively little. At this point I have already played other titles that are in the majority, such as Mexica, El Grande, Ethnos … but they are all medium-sized and their games last at least an hour. Spirits of the Forest stands out precisely for being small compared to those mentioned and very agile. I was personally surprised.

If you are players who like to control the situation while playing this game it will be to your liking. Watching and controling all times who draft each of the nine spirits and with each of the three sources of power. Work well for two players and it is trickier for more players.

The game also has a very important touch of malice, it is not 100% of each one to go their own. Placing the gems block tiles and involves annoying others players a lot. If you are not careful and manage your gems well it can happen to you even if you get stuck. In this situation, your opponent can make several turns in a row. Yes, this is completely legal.

Another very positive point of this game the rulebook. It is clear and does not present any ambiguity. Everything is perfectly understood, there are explanatory examples where it is necessary and nothing is taken for granted. With a single reading you will understand everything without any problem and you will be able to play the first game without obstacles and without paying attention to the rulebook again. It is buying it, reading it in less than fifteen minutes and playing without making any mistakes.

Except for the fragile plastic insert inside the box, the rest of the material is 100% correct. To highlight the thickness of the spirit tiles and the shape and color of the gems, which are just as they are, plastic gems the brilliant cane. Spirits of the Forest has good looking desing and a pleasant aesthetics. The tone colors, in fact, seems to be done to relax the players while they game. I imagine the intention was be in tune with what any real-life forest offers: tranquility and relaxation.

All Spiritis of the Forest tiles on our board game mat: 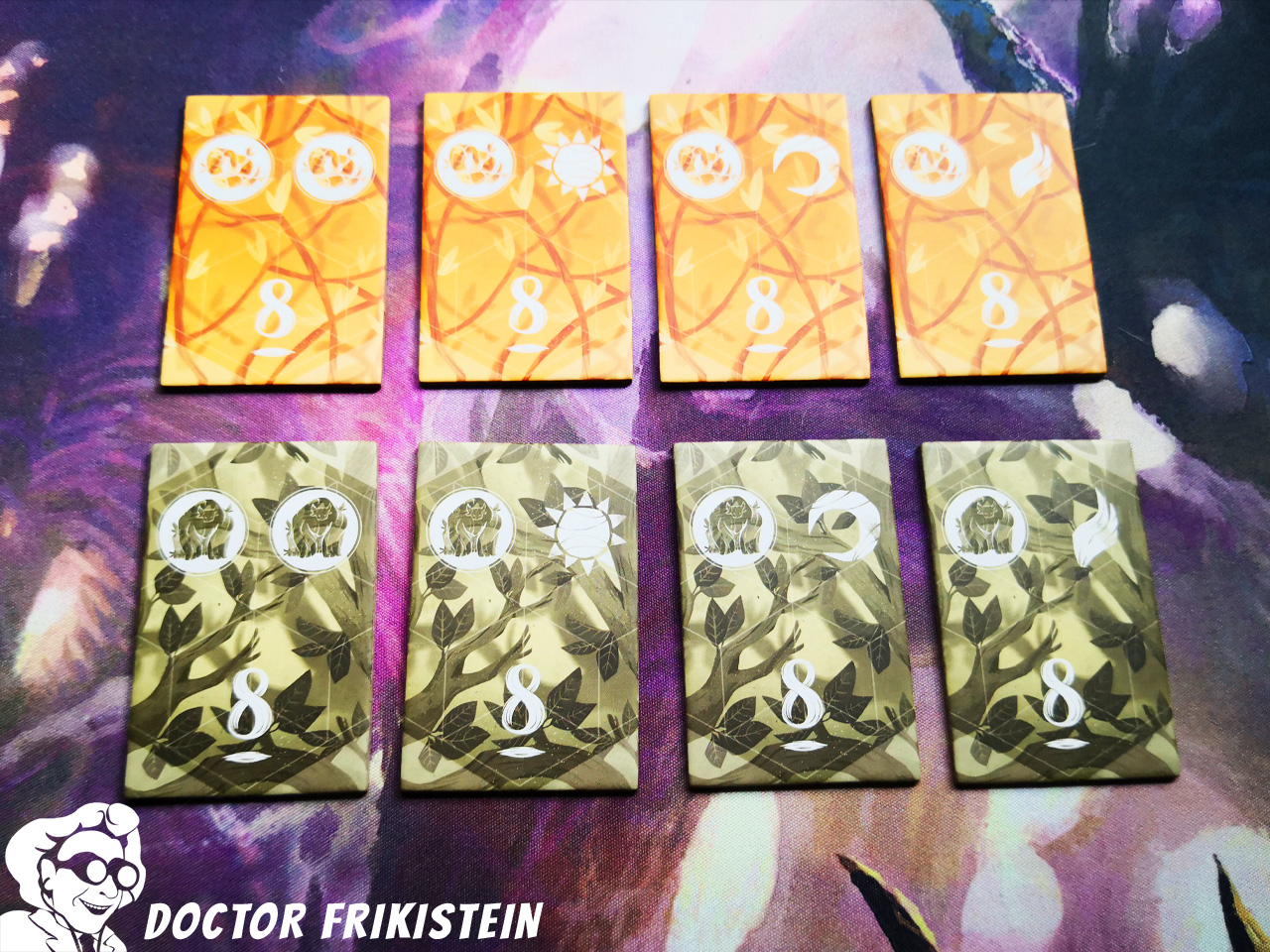 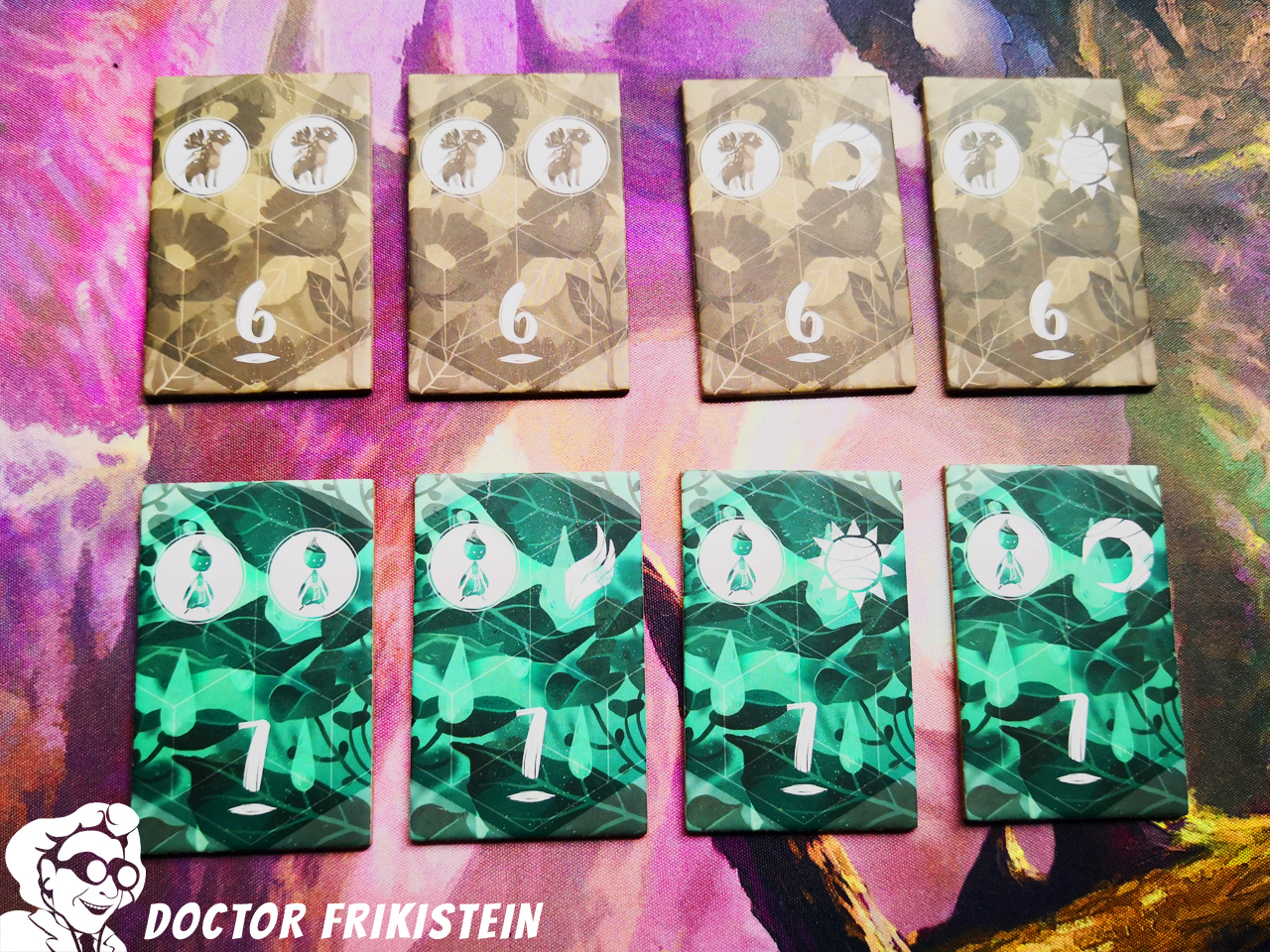 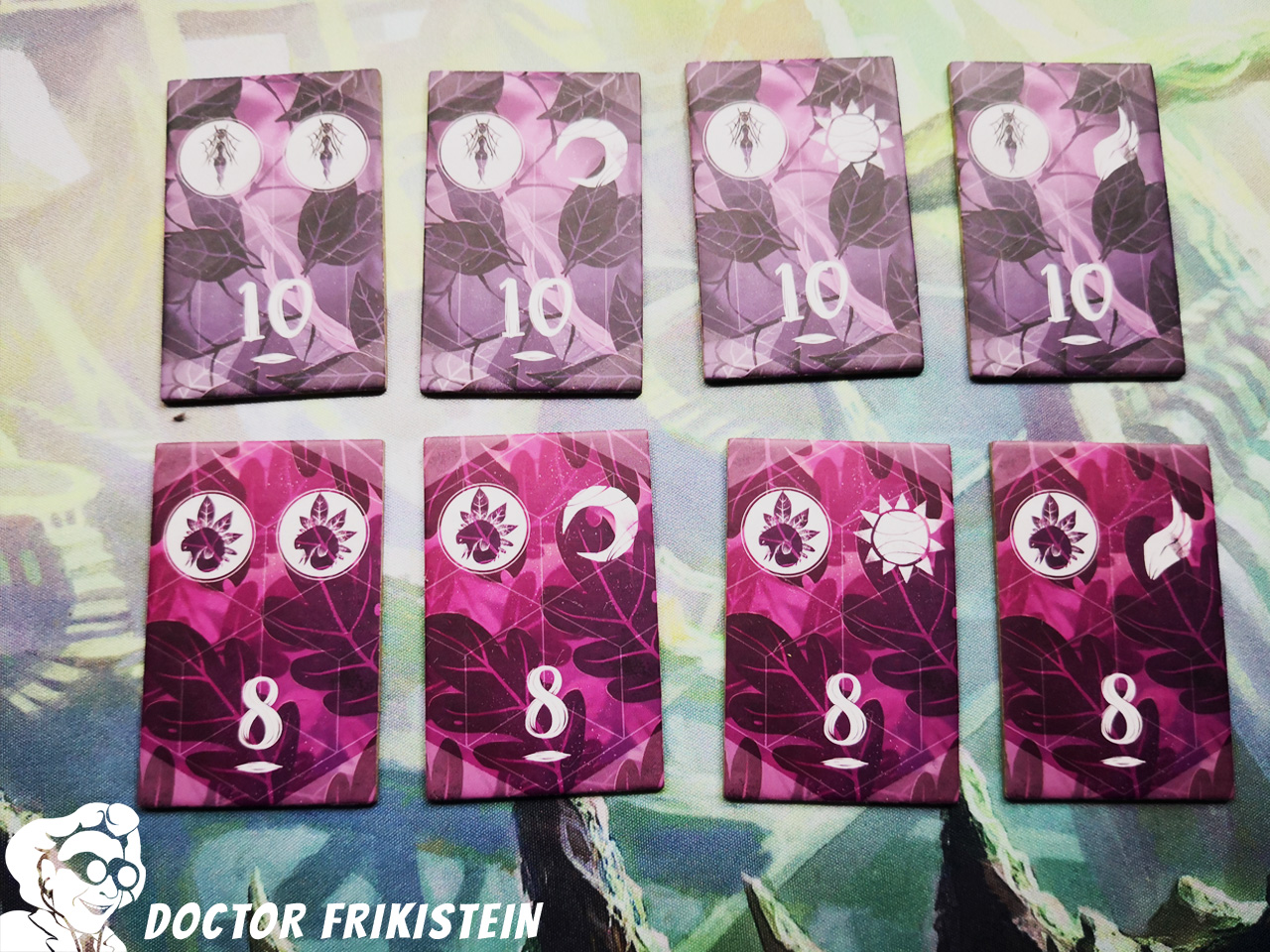 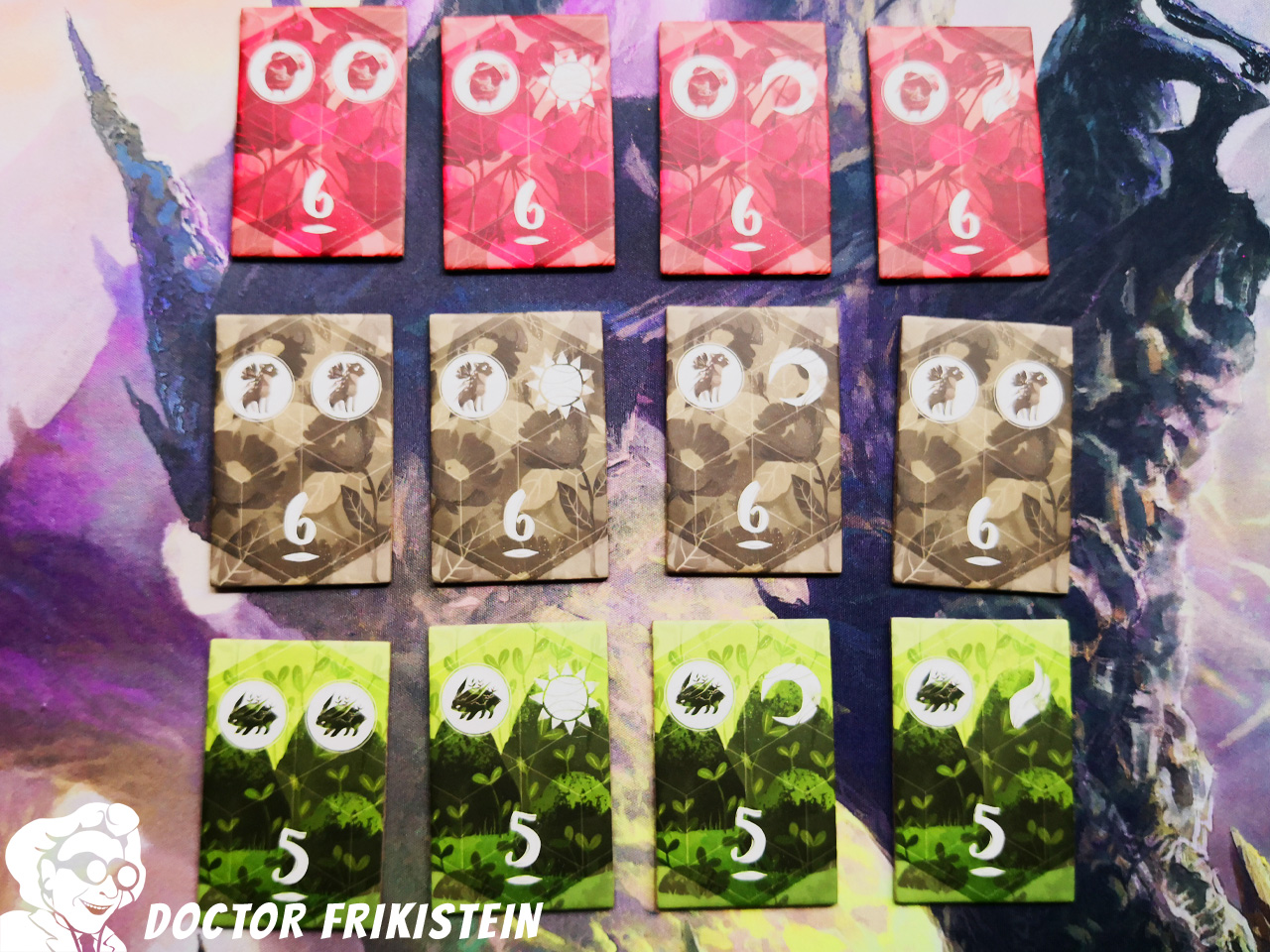 Spirits of the Forest is fast, easy to learn card-drafting game. I look for games that make me think a little bit and contribute more than just throwing cards. Spirits of the Forest brings everything I’m looking for. A great discovery on a personal level. me it would be one of the essentials in the playroom.