In this article you will find the review of the board game Carnival of Monsters, where we will reveal all the monstrosities of this game by Richard Garfield, creator of Magic: The Gathering.

Carnival of Monsters is the name of the annual event that the Royal Monstrological Society performs. This is a banquet with which it is intended to choose a new member to join the ranks of the organization. Applicants will have some time to hunt the most rare and relevant monster species. The one who presents the most varied collection at the Carnival of Monsters will join the Royal Monstruological Society.

The object of Carnival of Monsters is to get the maximum possible number of points using, mostly, the monster cards played.

The first of the four season cards that you have randomly selected during game preparation is revealed. These cards, apart from indicating the number of rounds that are missing for the end of the contest, add a bonus to the current round, which will be received by those who comply with their guidelines.

In this phase you will each receive eight Carnival cards from the pile of 206 that make up the game. Following this, the draft mechanic of 7 Wonders and Sushi Go! style games begins to work. There are several types of carnival cards: monsters, objectives, events, staff and lands.

Some monsters are dangerous, so you have to have adequate means to prevent them from escaping during the exhibition before the end of the season. If you do not have the appropriate means, you will have to pay a fine.

Players compare all monsters belonging to the type of land mentioned by the current season card. Whoever has the highest number of victory points among all the relevant monsters keeps the season card as a prize, giving him extra points at the end of the game. Next, all players save the hunted monsters in the cages section of their player panel.

I consider Carnival of Monsters as a mix between Magic: The Gathering and 7 Wonders. The difference with respect to the game of building wonders is the theme: while in 7 Wonders you built buildings getting cards that granted resources of different types, in Carnival of Monsters you capture the creatures using the ground points that grant the different land cards. I really don’t know if Richard Garfield based on 7 Wonders or not to create his title, but at least they seem to me quite similar in mechanics. After testing the game my feeling was “I’ve lived this before“.

Once the mechanics have been mastered, Carnival of Monsters is played fast. The most anxious players surely want to play more than one game in a row. Perhaps a cons point is that you have to play it with as many players as possible, since the more participants there are in the game, the more cards will be circulating from hand to hand in each round. I tested it by being only two players, and despite that, it didn’t leave a bad mouth taste.

The game no presents a deliberate backstabbing mechanics towards the rest of the players; If you want to annoy others, you will have to take away the cards they may want when they reach you. Another annoying way would be to force others to have to keep the cards instead of playing them during the Capture phase and play the Carnival cards, since saving them involves spending a crown (coin). If a player does not have crowns, he will be obliged to request a loan, which apart from contributing money grants five negative points for the final score. And if something is lacking in this title is precisely money, so asking for loans seems to be the order of the day in any game of Carnival of monsters. You can play bothering other players or just your own thing, it’s your decision.

Despite having an eleven-page manual, you don’t have to suffer at all. Everything is quite well written and structured. Perhaps it has some detail that is not very clear but all is clarified using the examples. Because if therei is something good is that the manual is full of examples everywhere and clarify perfectly all concepts. To learn the game you will not have difficulties, you just have to spend an hour at most and you will master it without any problem.

The strong point of Carnival of Monsters is, without a doubt, its aesthetics. It is quite unlikely to play this game without finding traces of Magic: The Gathering in the monsters and lands drawings. It is certainly a title that enters through the eyes while you are premiering it. And the material is also not bad quality. Maybe the cards are a bit soft, but at least they have a nice touch. But the game board is one of those that can be totally dispensed, making the price of the title increase a little more. It could be considered as a mat to place all the components of the game on. Not to mention the overproduction of crowns (coins), which I think are excessive.

All Monsters from Carnival of Monsters displayed on our Lovecraft-theme play mat. 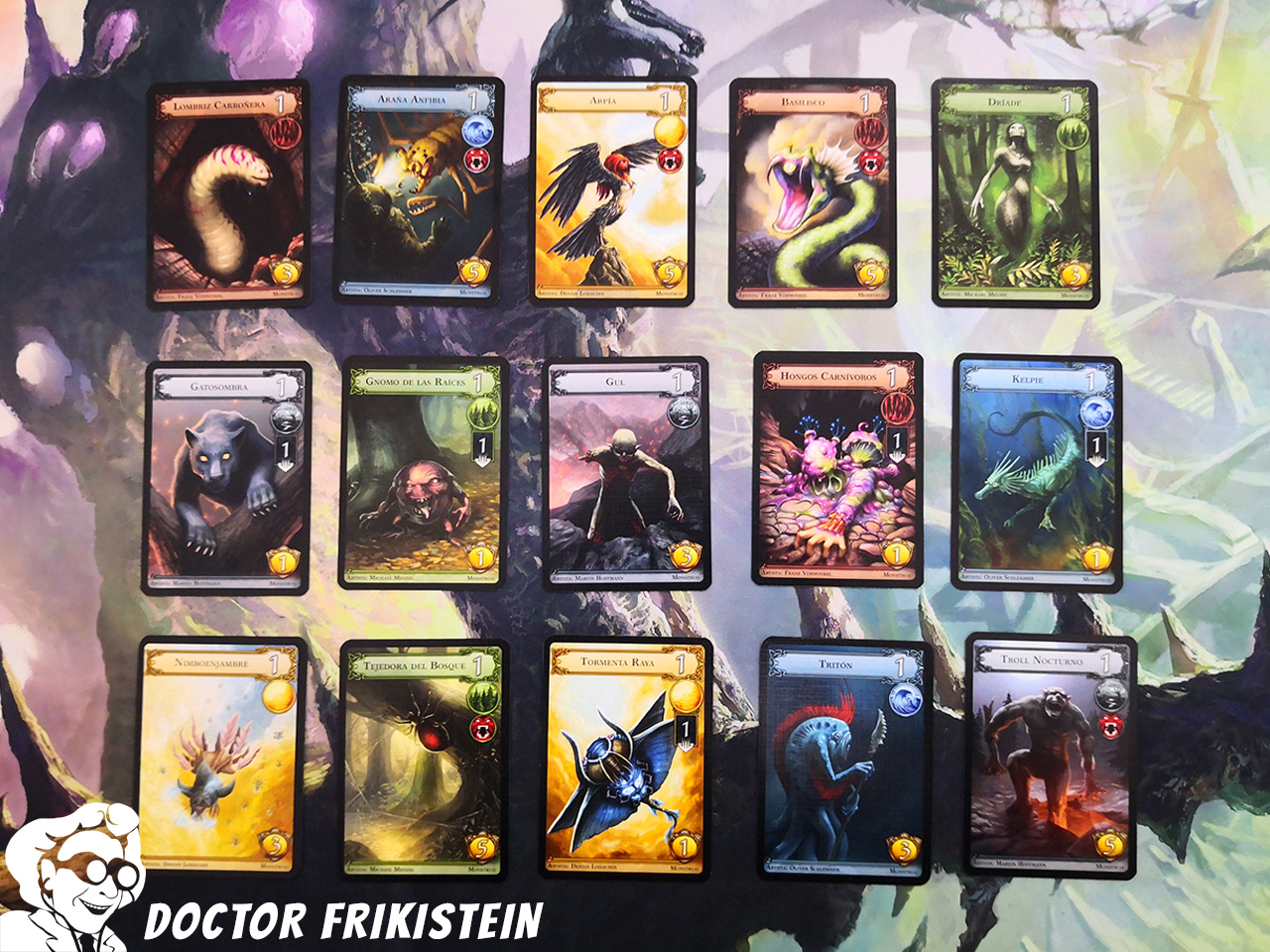 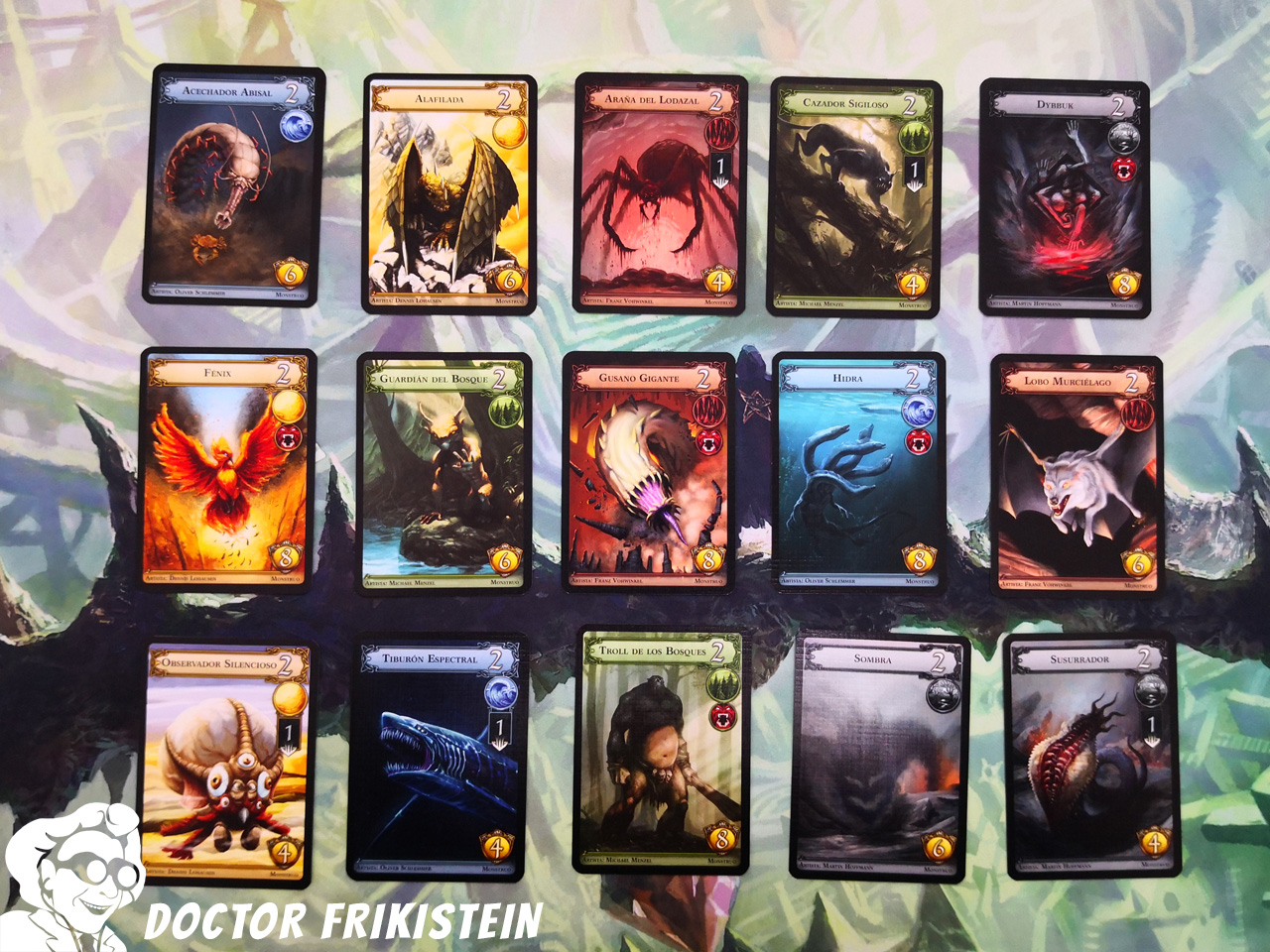 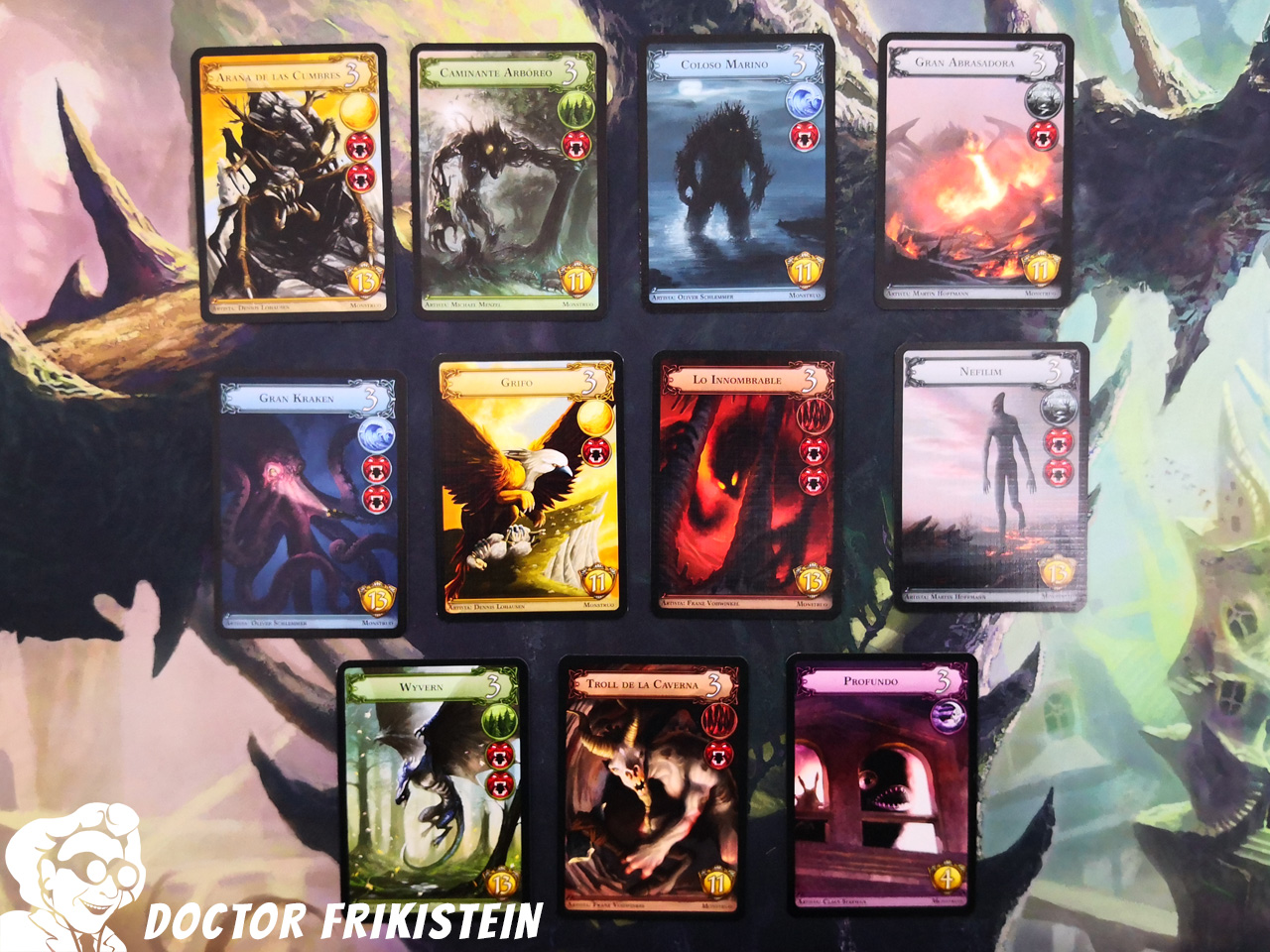 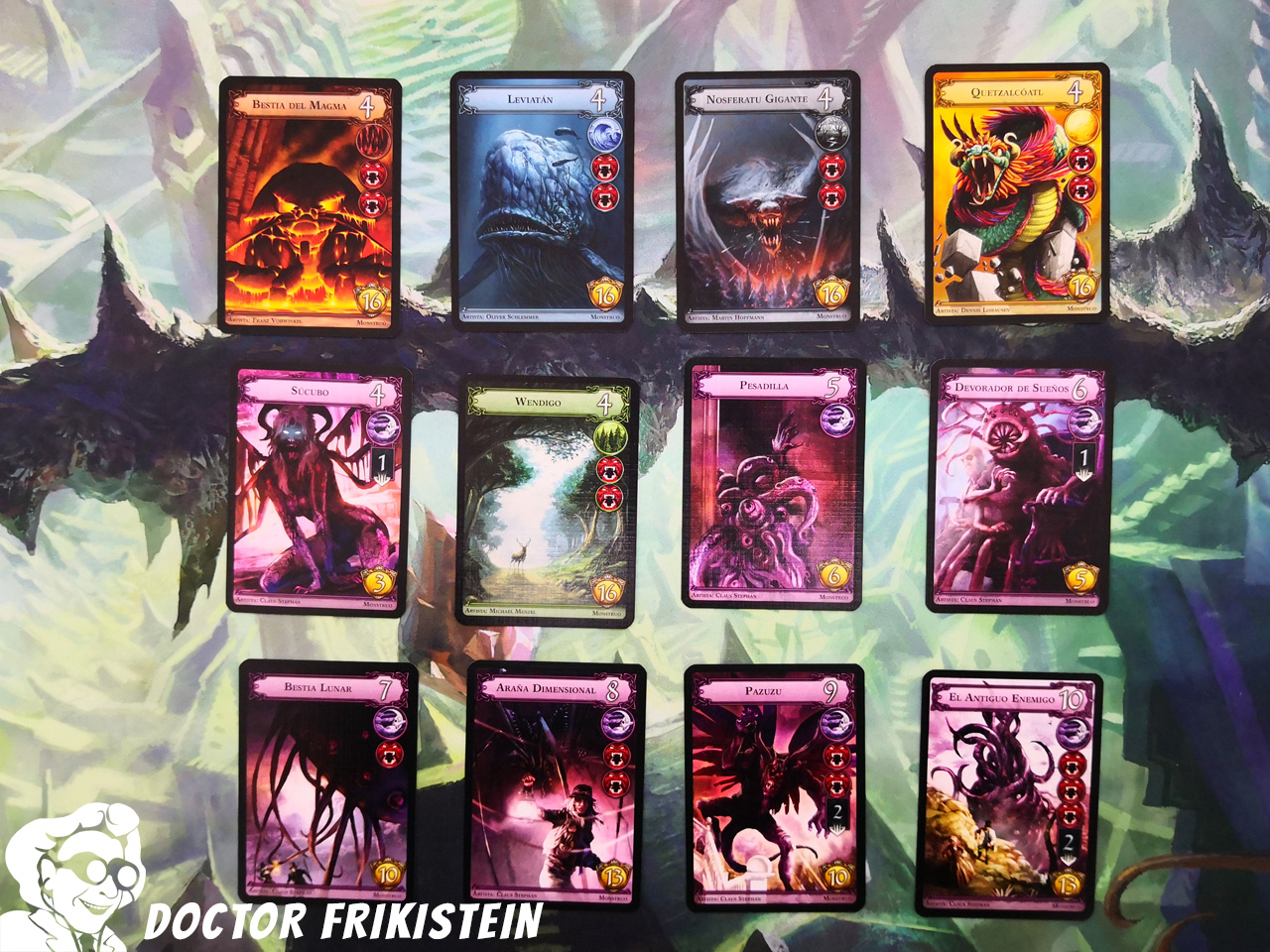 Personally it is not a game that I would acquire if you had a copy of 7 Wonders. If I had one, I would acquire Carnival of Monsters if I planned to get rid of the title of building wonders. We liked the game, both me and my partner (more like her). However, the aforementioned feeling of “I have already experienced this” is evident. I would buy it because I don’t have any games like him, except Sushi Go! If something has impressed me about it, it is aesthetics, the result of many artists who have worked hard it in. The mechanics, however, is nothing original, not contributing anything relevant to what is already on the market. With all this I am not saying that it is a bad game, because it is not, it is simply that it is one more and more within what already exists.